Close menu
Kazimir Malevich (1878–1935) is one of the most defining artistic personalities of the 20th century. Although the artist and theoretician is known primarily as the founder of Suprematism – the movement for pure, non-representational art – his artistic oeuvre was created in the interplay between abstraction and figuration, between a universal idea of humanity and the will to create a new world with artistic media. With over 300 works from the genres of painting, graphic arts and sculpture, this catalogue presents Malevich’s key creative phases, from his Symbolist beginnings, to the early abstract pictorial inventions of Cubo-Futurism and Suprematism, all the way to the figurative representations of his later years.
An exhibition of the Kunst- und Ausstellungshalle der Bundesrepublik Deutschland, Bonn (Art and Exhibition Hall of the German Federal Republic, Bonn), in partnership with the Stedelijk Museum Amsterdam and the Tate Modern, London.
Numerous international lenders are involved in this exhibition. 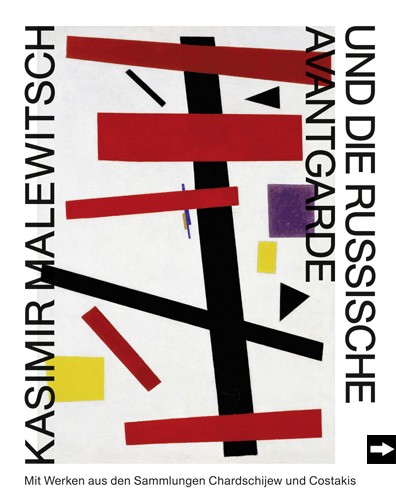