Close menu
In Hamburg, the DOM is an institution. Everyone knows about the largest public festival in northern Germany. For more than 120 years, its spectacular fairground rides, raffle ticket booths and numerous doughnut and roast almond stands have attracted visitors for 90 days of the year.
This picture book focuses on the less well-known people behind the eye-catching bright lights, loud music and spectacular somersaults on the fairground rides: Hamburg-based photographers Maurice Kohl and Bjoern Gantert portray the fairground entertainers who are often the second, third or fourth generation of their families to have worked at the DOM. In their own words, author Tania Kibermanis recounts their experiences of an exciting life, full of pride, pain, love, joy and golden ages. 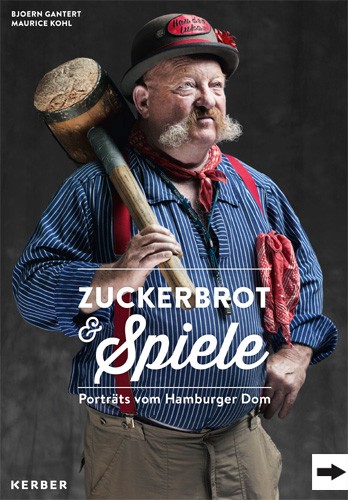