The Weimar Painting School, Barbizon and the Dawn of Impressionism

Close menu
From the middle of the 1870s, Germany’s Weimar School of Painting, which counted Karl Buchholz, Paul Baum, Theodor Hagen, Ludwig von Gleichen-Russwum and Christian Rohlfs among its exponents, was a pioneer in developing a natural, realist, plein-air style of painting. This catalogue highlights a number of individual themes and the formative influence of the Barbizon School (Millet, Corot, Daubigny, Courbet) as well as the role played by the Dutch Hague School (Israëls, Roelofs, Mauve), in disseminating the new perception of reality, paysage intime, throughout Germany. The catalogue also illustrates the important role played by the Weimar School of Painting in preparing the way for German Impressionism – it is not widely known, but Weimar itself was the first place in Germany to publicly display the French masterpieces of Monet, Pissarro and Sisley. 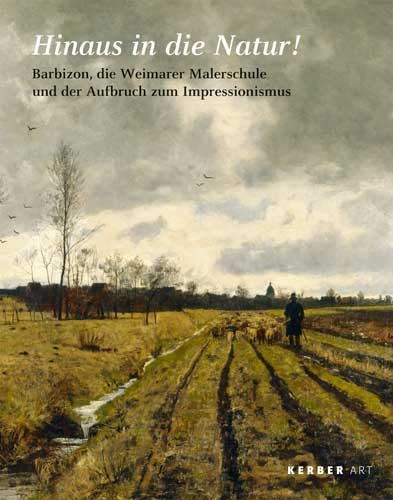