Close menu
Wael Shawky's elaborately produced epic marionette film Cabaret Crusades, a portrayal of the medieval crusades from an Arab point of view, was one of the most celebrated discoveries of documenta 13 in 2012. The handmade puppets re-enact the events of the 11th and 12th century in both a childish and chilling manner. By focusing on the crusades, Shawky addresses a very topical issue, given the ongoing conflicts in the Middle East. The catalogue published to accompany the exhibition in the K20 extensively documents the creative process behind the film trilogy. The actual films were made between 2010 and 2014. 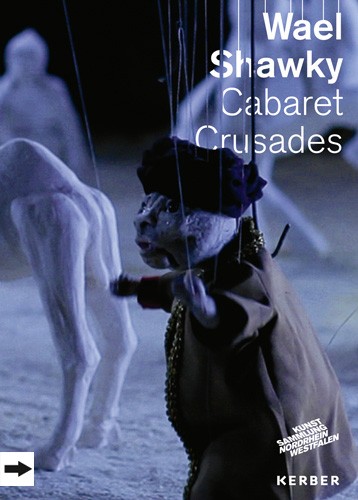