As people slept swiftly and happily

2017 marks the 500th anniversary of Martin Luther’s posting of his theses in Wittenberg. As a kickoff to the Reformation Year, the Tokyo-based artist Tatzu Nishi, who became known through his transformation of historical monuments such as the Columbus statue in Central Park in New York, has subjected the Luther monument erected in Eisenach in 1895 to an artistic transformation. For this, over the base around Luther, he built a 3.8-meter-tall house that can be entered by visitors. It at first conceals the monument, to then facilitate an impressive encounter with Martin Luther in the bedroom for those who come in.

The book accompanying the art action looks at Nishi’s contemporary art in its examination of Luther’s historical legacy. 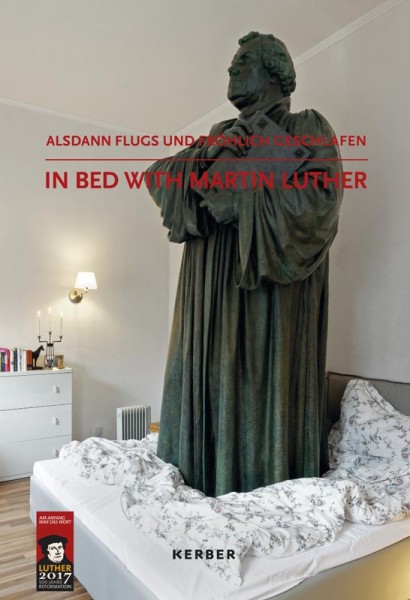