Close menu
Media artist Dieter Kiessling’s new video portraits take centre stage in this catalogue. The artist portrays his subjects in an environment that is familiar to them and shows how they gradually move in small steps to make a 360-degree turn to face the camera, which is positioned permanently in the middle of the space.
A fascinating timeless and placeless interspace develops as the viewer engages constantly and directly with the subject. The sounds that are recorded in real time and the turning movement of the camera as it captures the environment drifting by in the film generate a sense of the peaceful passage of time in the expansion of a moment. This slowing down of the sense of time opens up an area in the viewer’s internal space for a very direct encounter with the world of the other person. 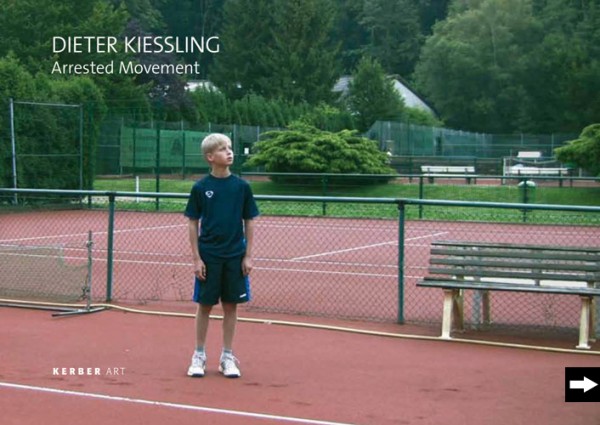 Events
The illustrated book was published on the occasion of the exhibition „Dieter Kiessling. Stillstand in Bewegung“, 9 September to 10 October, Fruchthalle Kaiserslautern.