Irony and dark humor are driving forces in C.O. Paeffgen’s (*1933) oeuvre, which comprises painting, sculpture, and object art, and combines political perspicacity, biting cultural critique, and oppositional poetry. Paeffgen is known for his painterly “borders ” as well as assemblage-like “wrappings ”—hybrid forms made from found and discarded knick-knacks and household items, which he combines anew and wraps with wire. Since the nineteen-sixties, he has also assembled his symbolically charged pictorial world, with recurring motifs such as moon, mouse, and heart, in fruit and vegetable crates, whose absurd spectacle unfolds for viewers directly, like miniature stages. The new publication focuses entirely on this group of works and raises the curtain on his artistic world. 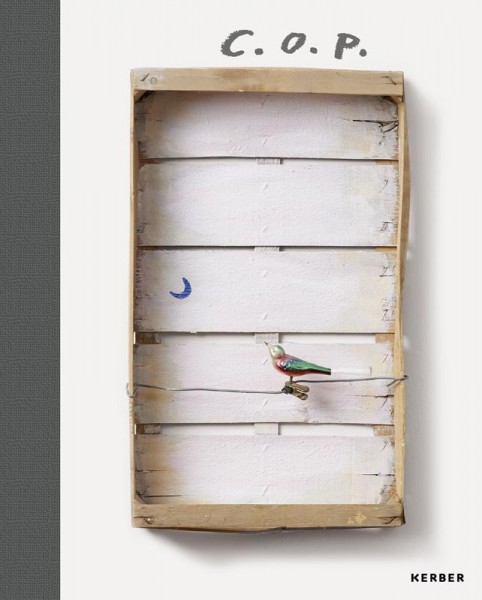