Metaphors for technical progress: the Munich-based artist Albert Hien (*1956) became famous above all as a result of his expansive sculptures. The multifaceted quality of his early works is now being presented in the new photo book, Scultura Poetica, by the two-time participant in documenta. It goes back to the thrilling beginnings, which start with the Grotteschi series, created in Rome in 1982–83, and extend up to the work group Tische (Tables) of 1987–88. We experience an adventurous spectrum of diverse motifs and topics, which progressively become involved in metamorphoses. At the center of the frequently large-format sculptures and installations again and again stands the idea of technical progress, whose metaphors are exaggerated and taken ad absurdum. 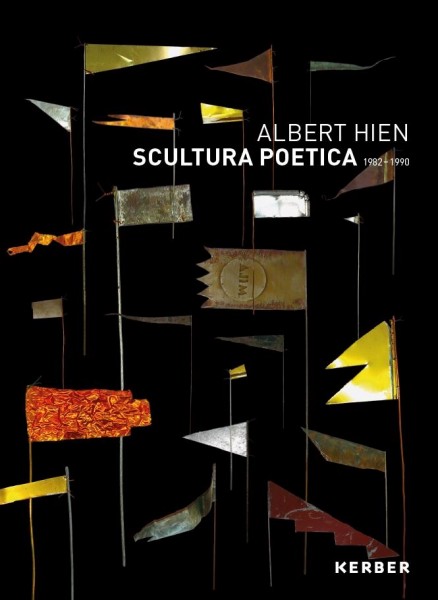