This monograph presents a thorough overview of the work of the Danish artist Thomas Bang (b. 1938). Essays by four Danish art historians trace his years as a painter in the early 1960s, his subsequent development as a sculptor in the late 1960s, and his activity on the New York art scene through the 1980s. The primary emphasis of the book is on Bang’s three-dimensional work and the analysis of the range of issues on which his object- and installation-oriented work has been focused for several decades.
Thomas Bang has throughout his career focused on various issues of fragility and vulnerability as physical as well as psychological states. The emphasis of his sculpture is on creating a broad field of operations, where alterations of apparent initial intentions and meaning are gradually established in the development of the work. 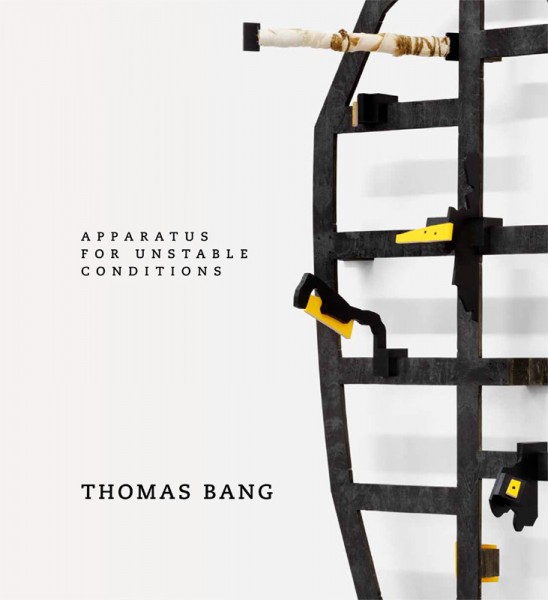