From Breakfast in Fur and Back Again

Meret Oppenheim, 1913 born in Berlin, 1985 died in Basel, is one of the most uncommon women of the 20th century. As a loner she could never be committed to just one style -- even if there are many attempts up to now assigning her varied and broad CE-uvre to the surrealism. She attained early fame through the legendary "Déjeuner en fourrure" of 1936, a cup coated with fur, that was purchased by Alfred Barr for the Museum of Modern Art in New York right at the first exhibition in the Parisian gallery Cahiers d’Art. This fur-cup -- although not her most important work - became symbol of the surrealism.

Similar to her friends Max Ernst, Marcel Duchamp, André Breton, Francis Picabia, Alberto Giacornetti, Hans Arp and Man Ray, Meret Oppenheim developed a free use of materials and the uncommon effect of alienation. To her regret, Meret Oppenheim was exclusively reduced to the "fur-cup" and, as a result, the view on her extensive work obstructed. Among her drawings, paintings, objects and collages, she wrote poems and drafted fantastic furnitures, clothes and jewelry. Shortly before her death, Thomas Levy and Meret Oppenheim had developed the idea of realizing a large part of Oppenheim’s so-called applied artworks. Basis of consideration was Merets "book of the ideas" created at the beginning of the 1930ies.

The publication concentrates on the works of this "applied art" and enables a different view on the artist Meret Oppenheim. 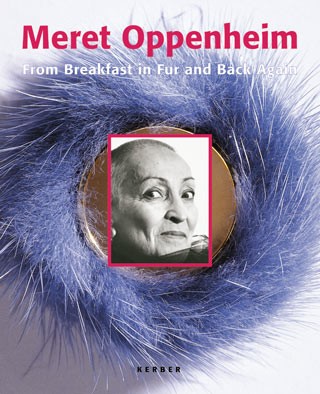 Events
The illustrated book was published on the occasion of the exhibition "Meret Oppenheim zum 90.", in the Lounge of the Museum für Kunst und Gewerbe, Hamburg, and in the Galerie Thomas Levy, Hamburg.