We encounter plastic everywhere in the world, in every situation in life. It can take on practically any form, fulfill any function, and is available in every color. Still, plastic’s dark side is becoming ever more obvious. Since 2013 the Dutch designer Dave Hakkens has been trying to draw attention to the problem of plastic waste through his recycling project, Precious Plastic, in which he raises awareness about plastic as a resource for (industrial) production. He has devised four machines capable of recycling plastic at the local level and has published the building plans on the Internet.
In the exhibition Re-Art. Readymade recycelt at the Overbeck-Gesellschaft, these machines could be used by visitors during workshops. Additionally, artists were invited to submit designs for objects that could be manufactured as part of the show. The individual designs were for unique, limited edition objects, as each was made according to individual specifications. Furthermore, interested visitors were invited to bring ideas for their own objects and make them, too. 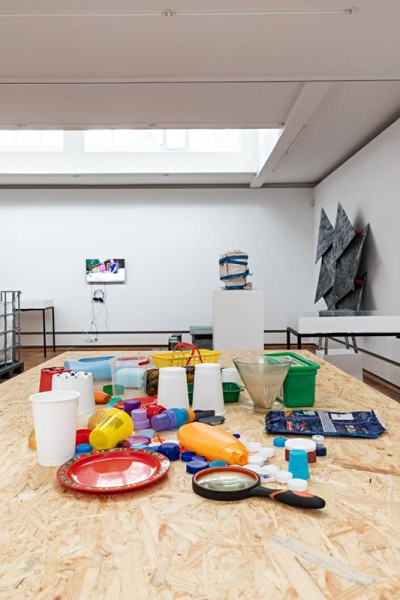