Categories
Information
Close menu
The British film-makers Oliver Payne and Nick Relph got the award for the best young work with their video "Mixtape" (2002) on the Biennale in Venice 2003. The pulsating eclectic style of Relph’s and Payne’s cinematic essays reflects the zeitgeist of a young urban generation. The expression of their films ranges from popcultural enthusiasm and romantic allegory to political documentary filmwork. The wealth of their work and the carefree attitude towards prefabricated genres and style is also reflected in the spread of their pictures, recorded on video, 16 mm, super 8 and film. The book accompanies Nick Relph’s and Oliver Payne’s first big solo-exhibition and shows the entire spectrum of their previous film- and video-production: the triology Driftwood (1999), House & Garage (2000) and Jungle (2001), for which Relph and Paynes were nominated for the Beck’s Futures Award in 2002. Besides Mixtape also their latest film Gentlemen (2003) is introduced, shown during the Tate Triennale in London in February 2003 for the first time. The book contains collages, drawings as well as texts, specially produced by the artists for this publication. 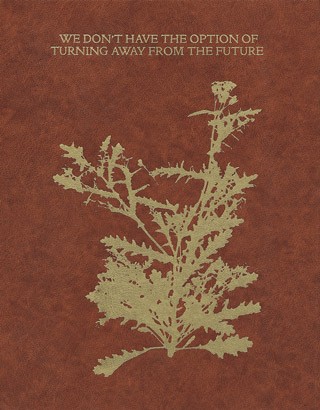