Close menu
This book documents “Teamprojekt Moabit” by the artist Gustav Kluge; his point of departure was a group portrait on the subject of torture. The connection between torture and the group portrait refers back a work by the artist from 1995, a group portrait of three survivors of Neuengamme concentration camp that he used to create a documentary portrait on the occasion of the 50th anniversary of the Curiohaus trials. Shortly afterwards, the ideas of a group portrait of the team of psychologists at the therapeutic centre for victims of torture arose, on the occasion of the fifth anniversary of the founding of the centre. The picture created brings several levels and elements together; it is a group portrait, and, at the same time, contains elements that refer beyond this, and which universalise the connection between torture and power on the one hand, and the relationship between art and society on the other. 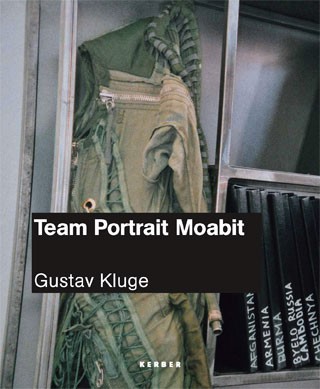 Events
The illustrated book was published on the occasion of the exhibition „Gustav Kluge: Teamportrait Moabit“, Galerie Wohnmaschine, Berlin, 2005.