Close menu
In Dresden, June 1905, Ernst Ludwig Kirchner, Fritz Bleyl, Erich Heckel, and Karl Schmidt-Rottluff founded an association of artists known as the Brücke. Emil Nolde, Max Pechstein, and Otto Mueller were also members for a time. Over the eight years’ of their intense collective work, until the group broke up in 1913, the Brücke (Bridge) became the quintessence of German Expressionism. The 100th anniversary of the founding of the Brücke is the perfect occasion for the publication to put the protagonists themselves into “the picture.” The theme of the over eighty paintings, watercolors, drawings, and prints taken from German and international collections is the artist’s view of himself and his friends. Of special significance is the group of self-portraits by Ernst Ludwig Kirchner, which have not played much of a role in previous examinations of his oeuvre. 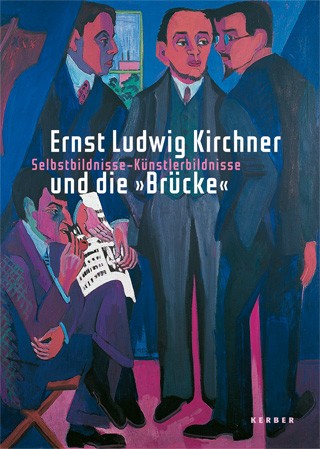