Graphic art of the 19th century

Close menu
The graphic artists of the 19th century made a concerted effort to analyse and investigate the history of their medium. Their return to a broad range of historical styles and traditional themes meant they could develop new and individual forms and could increasingly liberate artistic creation from the function of representational art. Using sketches, studies and pictorial drawings from the Kupferstichkabinett collection in Basel, the catalogue discusses various aspects of drawing and graphic art from the 19th century such as the copying of Old Masters, the viewpoint of science, drawing from memory and the role of outlines and ornamentation. The range is impressive: reaching from Classicism and Romanticism (Füssli, Carstens, Friedrich, Ingres und Delacroix) right up to the young Picasso, who in 1906/07 was able to leave his own post-symbolic beginnings behind thanks to his interest in the Classicism of Ingres. 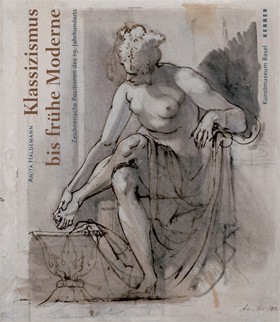 Events
The illustrated book was published on the occasion of the exhibition „Klassizismus bis frühe Moderne. Zeichnungen des 19. Jahrhunderts“,2007, Museum of Fine Arts Basel, Cabinet of Prints and Drawings.