Close menu
In her installations and cartographic works, Ulrike Mohr investigates definitions and arrangements. She often reveals standardisations that we take for granted, and adapts or infiltrates them. Her matter-of-fact approach does not aim to bring any system to collapse; instead she cleverly undermines a system and re-imagines it.
This process can refer to agreements within social groups or to natural laws. A stream is a stream even if two trees meet above it. This quotation, which is not dissimilar to a Japanese haiku, was taken from a definition of rivers and streams from the German armed forces and then changed. It is symptomatic of the work of Ulrike Mohr that here, as elsewhere, trees, waters, standardisations and hierarchical structures reside in her works. 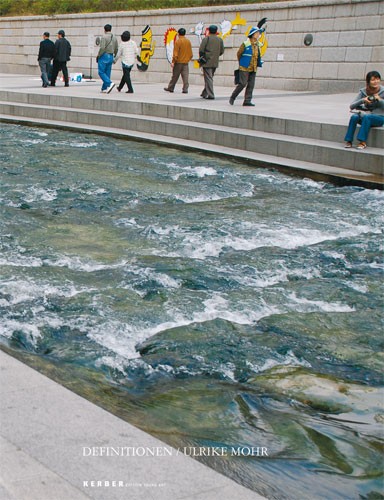 Events
The illustrated book was published on the occasion of the exhibition “Ulrike Mohr. Definitionen“, 2008, November, Kunstverein Hildesheim.

The Public Process of Rebuilding the World Trade Center after September 11 2001
€14.90
( 18.30CHF )
Details
We use cookies on our website. If you stay on the site and continue browsing, you agree to the use of cookies. Further information can be found in our privacy policy.
Accept