Views from the Middle of the Globe

Close menu
The idea of the Tropics has always been a cultural construct – and not just beyond the Tropics themselves. This catalogue takes European projections of the Tropics as its point of departure, and at the same time, aims to reflect on this construct. Two hundred exhibits from Africa, Asia, Oceania and tropical America from the collections of the Museum of Ethnology in Berlin enter into a dialogue with works by forty contemporary artists from Brazil, South America, Europe, Africa, Australia and Asia. This project is the first time that such a bridge has been built between works created in pre-modern times and contemporary works. The pre-modern art shows us the Tropics before they lost their innocence and became the so-called “Third World”; the strength of the contemporary art, for its part, is its high level of reflection and critical potential. Old and new art come together in this space: one goal is to examine the cultural weight of the natural landscape of the Tropics against the background of an unavoidable political and economic discourse. 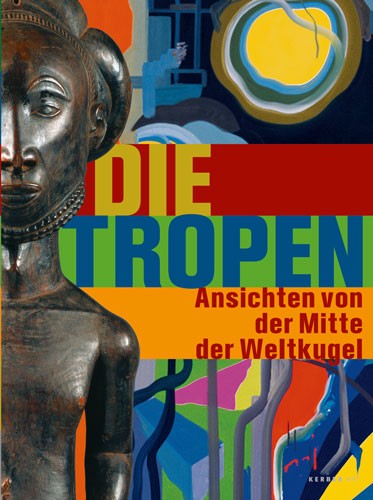 Events
The illustrated book was published on the occasion of the exhibition „Die Tropen“, 2008/2009, Martin-Gropius-Bau, Berlin.