Categories
Information
Close menu
Overcoming Dictatorships explores art produced in response to the collapse of political authoritarian systems, particularly that of the Soviet bloc in 1989. The 17 works deal with processes of mourning, remembering and overcoming the past, but also engage critically with new dictatorships, questioning western economic uniformities and collective political identities. The works, comprising a variety of media, have grown out of an EU-funded project of the same title, which gave the ten artists from six different countries the chance to meet regularly and prepare an exhibition which begins at the University of Birmingham in October 2008 and travels then to each of the artists’ home countries (Germany, Italy, Poland, the Czech Republic, Hungary and Romania).
30 illustrations, biographies of the artists and a politico-cultural timeline of those countries involved make the book a valuable reference source. 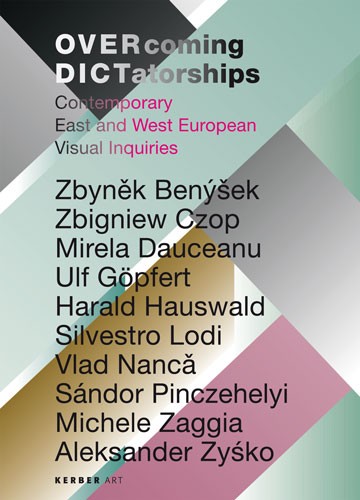 Events
The illustrated book was published on the occasion of the exhibition `Overcoming Dictatorships´, which will be shown in seven European countries: October 2008 in Birmingham (UK); November 2008 in Wabrzych/Kraków (Poland); December 2008 in Ústi nad Labem (Czech Republic); January 2009 in Budapest (Hungary); February in 2009 Bucharest (Romania); March 2009 in Trento (Italy), and April 2009 in Dresden (Germany).