Close menu
As one of the most unpredictable, imaginative and influential artists of the late 20th century, Rauschenberg’s importance is becoming increasingly apparent, just a few months after his death. This exhibition showcases 15 selected works, produced by Rauschenberg between 1974 and 1999, side by side with the large-scale main works and sculpture by the Korean-born painter, SEO.
SEO has long had an interest in Rauschenberg’s collage and montage technique in which reality is shredded and pieced back together again. She has developed her own unique style of collage and ‘painting with paper’: working backwards in a long, drawn-out process, she starts with a unified motif, which is then torn apart and destroyed on the canvas. 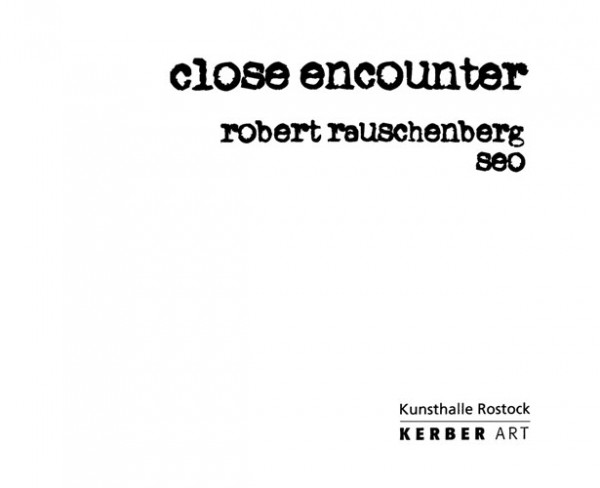 Events
The illustrated book was published on the occasion of the exhibition „close encounter. robert rauschenberg – seo“, 2008, Kunsthalle Rostock.