Close menu
Napoleon loses his last battle – against the tourists who flock to his sarcophagus at Les Invalides in Paris. Simply a bizarre fantasy? Not in Jochen Stücke’s Parisian Album. This is no dossier of pretty views but a journey in pictures, which lead right into the middle of spaces of remembrance in the French capital. In a series begun in 2004, graphic artist Jochen Stücke explores the complex network of a culture, which itself is full of allusions and interconnections. Stücke is guided by history, yet his approach is ultra-modern. A culture as discourse, as an indefinable network of themes and meanings – this is the model adopted by the artist as he carries out his research in worlds of fiction centring around Paris and sets off on exploratory walks through the city and its museums. The result is visual worlds full of unexpected encounters: Diderot meets Molière, Hitler opens Rodin´s “Gates of Hell“, Degas is a voyeur in the boudoir. Jochen Stücke’s images provide a fascinating journey through a world of associations and memories. 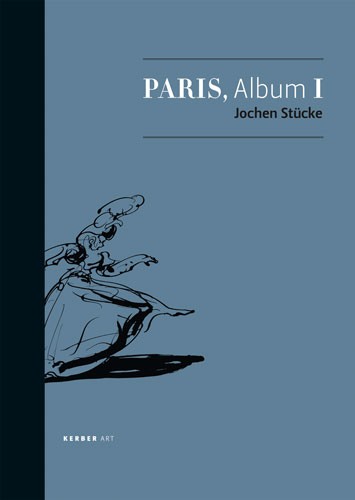 Events
The illustrated book will be published on the occasion of the exhibition „Jochen Stücke. Pariser Album“, January to March 2009, Herforder Kunstverein, and 15 May to 14 June 2009, Galerie Prodromus, Paris.