The Germans and their national symbols

Close menu
Black, red and gold; the federal eagle; the German national anthem: Germany’s national symbols have a long and chequered history; the spirit of the age and form of government have always determined how they have been used and received. The book accompanying the exhibition “Flagge zeigen?” (Flying the flag?) describes the birth of the German nation in the 19th century, the role of student fraternities and the use of national symbols for propaganda purposes during the Third Reich. The book focuses on the post-1945 period and includes a comparative analysis of democratic and dictatorial forms of government in Germany. An important chapter is dedicated to the period of political change in 1989/90, when the symbols of the GDR disappeared from the public arena as an eloquent sign of the collapse of this state. Opinion polls, the “fairy tale summer” of 2006 that was celebrated with German flags and current marketing initiatives designed to promote Germany’s image are also covered in the book. 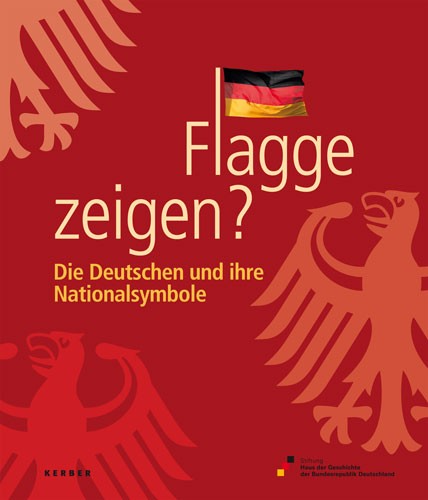