Close menu
Sir Peter Blake (b. 1932) is considered to be one of the founding fathers of pop art, which emerged at the beginning of the 1950s in England. He designed the legendary cover for the Beatles album “Sgt. Pepper’s Lonely Hearts Club Band”, described by Walter Grasskamp as a “pantheon of mass culture”. Blake is the quintessential English pop artist. His early work coined the name ‘pop’ for the art movement and he is considered a father figure for many British artists including Tracey Emin and Damien Hirst. The exhibition in the Levy Galerie is Peter Blake’s first solo exhibition in a German gallery.
The works on view date from 1956 to the present day, with an emphasis on his collages and illustrations. This exhibition also includes works featuring icons such as Marilyn Monroe, James Dean and Katharine Hepburn, together with Blake’s latest collages, which pay homage to Kurt Schwitters. 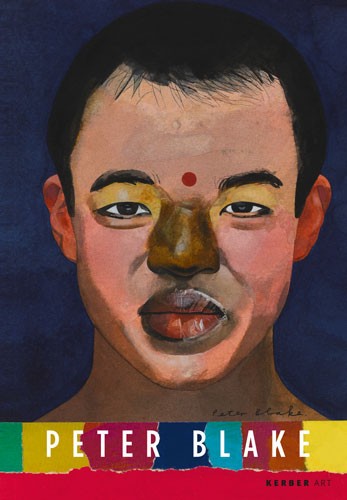 Events
The illustrated book was published on the occasion of the exhibition „Peter Blake. Collages and Works on Paper, 1956-2008“, 2008/2009, Levy Galerie Hamburg, and 2009, Galerie Lorenzelli Arte, Milan.