Close menu
The catalogue presents a selection of 365 drawings from the vast collection of the Graphische Sammlung of the museum kunst palast. Among the most outstanding works of the period spanning the 15th to 20th century are the original drawings from the Italian Early Renaissance to High Baroque, including some by Raphael, Giacomo della Porta and Gianlorenzo Bernini. The focus of the 19th century collection is on the Nazarenes and members of the Düsseldorf Academy such as Wilhelm von Schadow or Andreas and Oswald Achenbach, to which can be added some superb studies, sketches and watercolours by Caspar David Friedrich, Theodore Géricault, Adolph von Menzel and Gustav Klimt. One of the virtues of such a representative selection is that it affords an insight both into the act of artistic creation per se and into the process by which major paintings and fresco cycles come into being. Representing the 20th century are various drawings and prints by members of two important groups, the “Brücke” and “Blauer Reiter”, as well as the avant-garde Bauhaus artists Oskar Schlemmer and Willi Baumeister and the Berlin Dadaist Hannah Höch. The post-Second World War period is represented by works on paper by Joseph Beuys, Eduardo Chillida, Arnulf Rainer and Rosemarie Trockel. 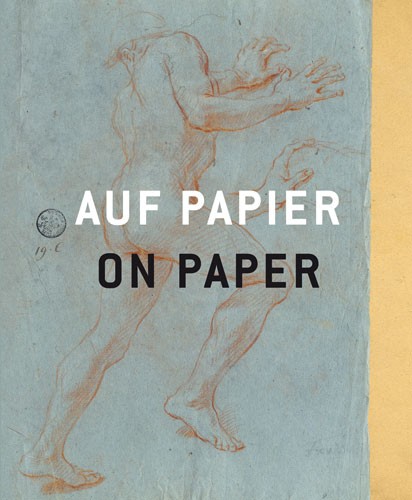 Close menu
On Paper: From Raphael to Beuys, from Rembrandt to Trockel