Close menu
Seventy years after the war started, the generation born in the mid-1940s is trying to come to terms more intensively than ever with the legacies and memories of the Second World War.
Based on private photo albums belonging to former members of the Wehrmacht, this project shows German soldiers’ views of foreign peoples, landscapes and cultural monuments in the occupied countries. In addition to motifs and visual aesthetics, the effects of war propaganda on the amateur photography of the soldiers are also addressed. Behind the seemingly innocuous photos of day-to-day military life and tourist views, lie glimpses of the uncertainty, fear, violence and destruction of the war of annihilation.
For the first time ever in Germany, this book addresses the aesthetics of private war photography and illustrates the reservoir of previously unknown, visually complex and multifaceted nature of war. It provides interpretations and structures for a deeper understanding of this photo archive, which has been retained, often secretly, and can now be viewed in context. 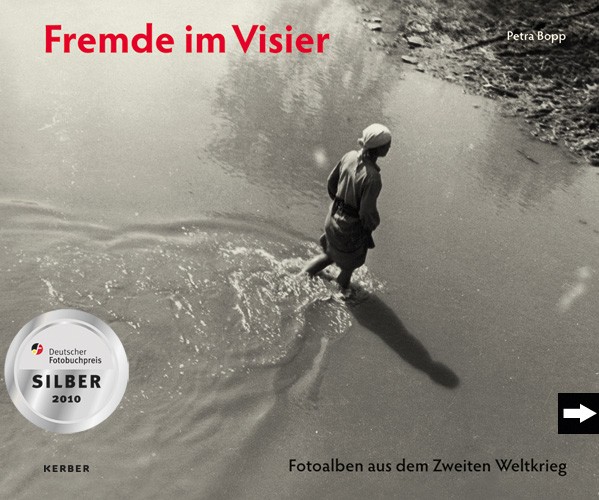 Events
The publication was published on the occasion of the exhibition „Fremde im Visier. Foto-Alben aus dem Zweiten Weltkrieg“.