Close menu
Organic-amorphous and geometric-constructive elements stand, float and move in a deep and dark but not impenetrable pictorial space on Peter Nikolaus Heikenwälder’s canvases. Heikenwälder arranges his compositions layer by layer on the canvas. Each layer responds to the one before it and each one remains visible at the end, even if we can just make out the outlines. Without specifically linking to a narrative context, Heikenwälder’s abstract vocabulary of form plays with his own worlds of experience and evokes in the viewer associations of graphic representation, stimulating our imagination and at the same time leaving everything open. At times, the viewer is enthralled by the interpretations that spontaneously come to mind, at times simply liberated by the diversity and incompleteness of the potential interpretations. 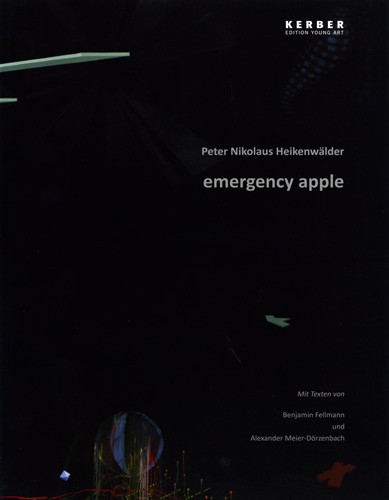 Events
The illustrated book was published on the occasion of the exhibition „emergency apple“, 29 Oktober to 28 November 2009, Galerie Carolyn Heinz, Hamburg.