Categories
Information
Close menu
Chemnitz has had a Jewish community for the last 125 years. The first Jewish business people and entrepreneurs settled there as early as 1870 and rapidly became firmly established in the economic, social and cultural life of the city.
The golden age of the 1920s was followed by the unimaginable horrors of the Third Reich – by 1945 the local, once-prosperous Jewish population was decimated.
Despite apparent support, the community also suffered considerable oppression during the GDR era. It was only following the political turmoil of 1989 in Germany and Europe that Jewishness enjoyed a revival.
With numerous exhibits and insightful essays, this festschrift documents Jewish life in Chemnitz and invites us, for the first time since the new synagogue was consecrated in 2002, to rediscover the local Jewish culture and its history. 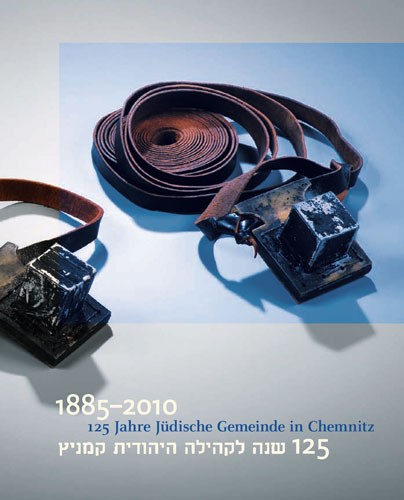