Close menu
Lone Haugaard Madsen, Albert Mertz and Lasse Schmidt Hansen – three artists united by their homeland (Denmark) but whose work could scarcely be more different.
Mertz’s paintings feature a radical reduction of colour to red and blue. Lone Haugaard Madsen considers space to be a variable size in her objects, which feature a wealth of materials. And Lasse Schmidt Hansen’s works create an awareness of standards and systems that govern our world and whose claim to validity he undermines artistically.
This fascinating catalogue vividly correlates the conceptual and content-related differences and similarities in the works of these three artists. 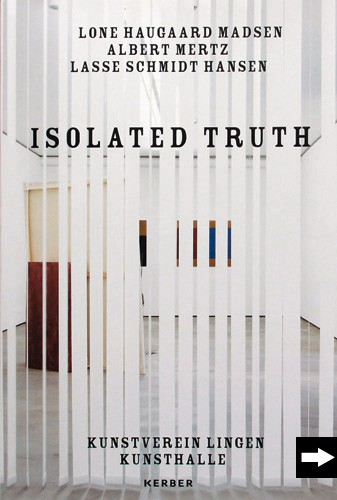