Close menu
The complexity of Béatrice Dreux’s oeuvre operates in an intensely private space and, influenced by the artist’s biography and beyond the poetry of the works, simultaneously negotiates political and social themes: Palestine, Algeria, heaven, mothers and ultimately the cosmos.
Even though the paintings are figurative, the works are not intended to tell a story but rather to slowly dissect major themes – from image to image, over and over again.
The extensive visual work is accompanied by numerous texts written by art historians and curators and by an interview with Dreux’s father about his time as a soldier in the Algerian War. 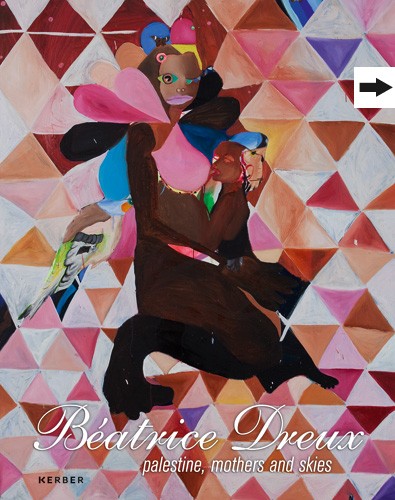