Close menu
The New York art scene of the 1980s is legendary – vital, creative and multimedia-based. It provided young talent with a playground full of opportunities. Andy Warhol, Jean-Michel Basquiat and Francesco Clemente are three of the main protagonists of this era. Between 1983 and 1985, they produced a number of collaborative works, whose appeal was based on their contrary painterly gestures. The works reflect the era, the (pop) star role and the new way in which the artists saw themselves, their mutual fascination but also the dark side of fame.
This catalogue provides a comprehensive look at the collaboration between the three artists in the context of their own work and shows the captivating references and differences, the multifaceted nature of the collaboration and its art-historical importance. 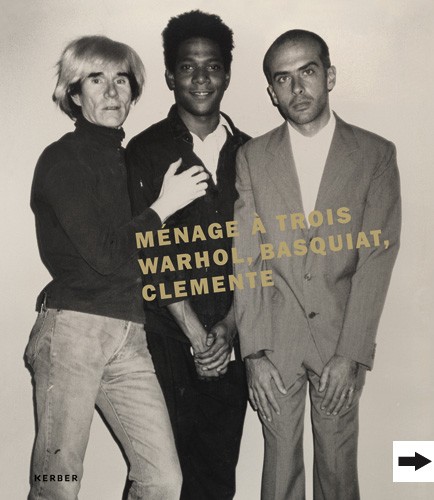