Storyboards from Hitchcock to Spielberg

Close menu
Between film and art, a storyboard uses drawn picture sequences to illustrate before the start of shooting how the film is meant to look. „Between Film and Art” brings storyboard drawings face-to-face for the first time with the corresponding film sequences and works of visual art. Storyboards to 21 films by exemplary directors such as Francis Ford Coppola, Alfred Hitchcock, Fritz Lang, Martin Scorsese and Steven Spielberg are juxtaposed with works of renowned artists such as Georg Baselitz, Alexander Calder, Alex Katz, Henri Michaux and Tony Oursler. This publication highlights similarities and mutual borrowings between both media in terms of motifs, artistic attitude, and the atmosphere created. 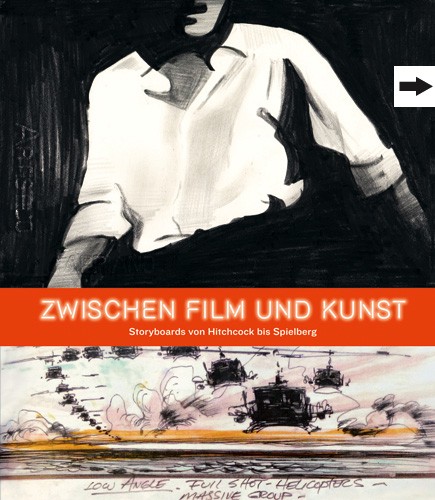 Close menu
Between Film and Art