Close menu
Fabian Marcaccio moves between genres. Painting is always his starting point; from there, he strikes out into real space in various ways, including monumental installations and works with sculptural dimensions.
Recently, Marcaccio has increasingly focused on current sociopolitical themes. The title of his exhibition and catalogue, 'Some USA Stories' - and hence a series of twelve new works - refer to the dark side of  recent American history: the Waco disaster in Texas, the mass suicide decreed by Jim Jones in Guyana, the Fallujah massacre in Iraq, and the student murders at Columbine High School. 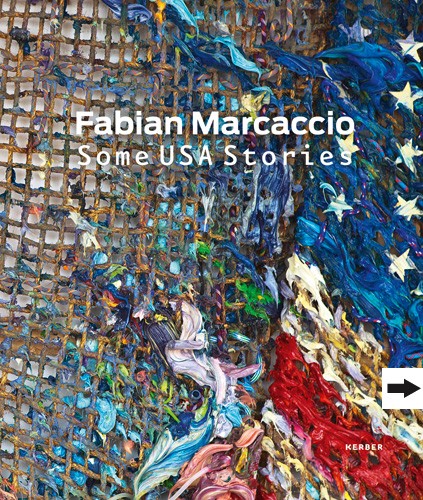