A Universal Museum for Erfurt

Close menu
Henry van de Velde had great plans for Erfurt: his monumental new building was to have housed a “universal museum” as a “central museum for Thuringia.” In 1913/14, working closely with Edwin Redslob, the museum’s first director, he produced a thoroughly modern, groundbreaking plan, which owing to the outbreak of the First World War was never actually built.
This work to mark the 150th anniversary of Henry van de Velde’s birth sheds light on an exciting chapter in the history of Erfurt’s architecture and museums with the latest findings from original sources. It also brings to our attention another key protagonist of modernism: the art historian Edwin Redslob, who as Reichskunstwart would later be responsible for all legislative and administrative matters pertaining to art in the Weimar Republic. 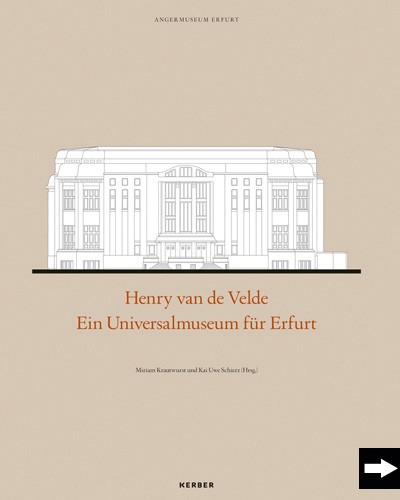