Catalogue of Works on Paper. Volume 1: The Colourful Works

Johann Georg Müller is one of the most diverse artists to emerge from the German state of Rhineland-Palatinate.
His early works are traditional in style: his portraits and nudes display academically precise observation. Cubist influences came to the fore in the 1950s; a decade later, working as a graphic artist, Müller’s felt-tip pen achieved a delicacy that he retained until the end. Numerous designs document commissions for architectural décor; the recently rediscovered overpainted nude photographs of the 1970s have a special quality.

More than 2,400 works provide a comprehensive insight into Müller’s visual world: This section of the three-volume catalogue raisonné shows his colourful works on paper. 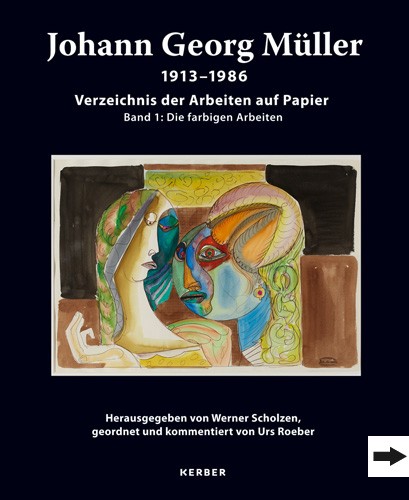 Images at the Frontier