Close menu
Daniel Spoerri first became famous for his “snare pictures”, made by attaching – “snaring” – objects found at random to whatever they happened to be lying on at the time. This gave rise to wall-mounted “pictures” of set tables and the contents of drawers.
A master of the art of assemblage, Spoerri has always been fascinated by collecting. In his new series presented here, old wash boards are made to serve as a ground for all sorts of found objects and collectibles. The bones, teeth, feathers and parts of dolls and figures at first arouse our deepest, most instinctive fears, yet the tongue-in-cheek tales that Spoerri tells with them provide a second level of appreciation: that of comic relief. 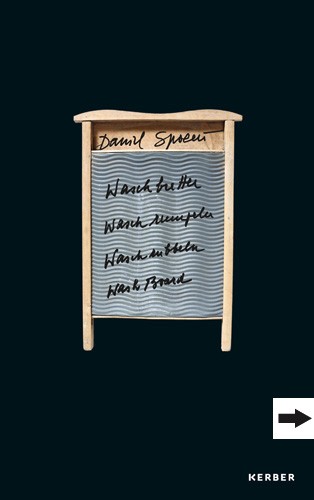