Close menu
“Less is still more” is a homage to Mies van der Rohe. In 2012/13, British concept artist Michael Craig-Martin devised and painted a series of 17 paintings in highly varied formats specially for the Museum Haus Esters in Krefeld. All of the items depicted are everyday objects, which belong in a domestic setting, such as a man's shirt, a woman’s shoe, an iPhone, seats, a light, a padlock. The artist thus returned the museum to its original function as a home and allowed viewers to imagine the villa as something living and inhabited. The exhibition catalogue presents this interplay of art and space using numerous exhibition views. 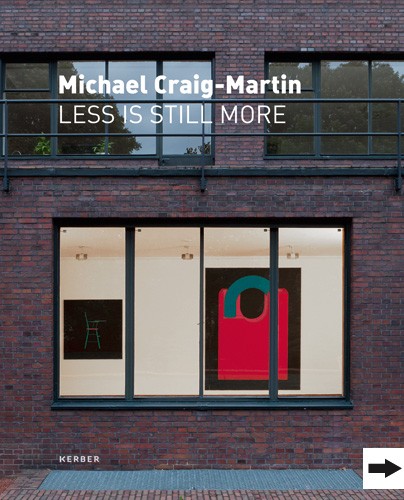