Close menu
From the turn of the last century up to the 1930s, Theodor Hilsdorf (1868 -1944) was one of the most influential portrait photographers in Munich; his well-known clients came from the aristocracy, industry, science and the arts. Franz von Stuck, Ferdinand Sauerbruch and Richard Riemerschmid all posed for his camera, as well as international celebrities like Thomas Mann, Max Reger and Richard Strauss. When his studio was destroyed by bombs in 1945, Hilsdorf fell into oblivion. This book reconstructs the history of one the oldest photography studios in Munich using Hilsdorf’s portraits, critically analysing the aesthetics and ideology of the portrait culture of his time. Its selection of portraits presents a Who’s Who of a bourgeois world that no longer exists. 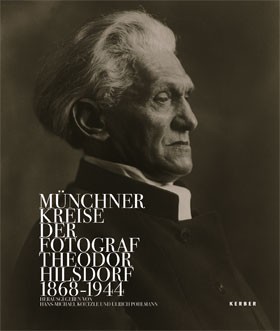