Modern Figures, Visionaries, and Inventors. On Applied Modernism in Saxony-Anhalt 1919–1933

Ninety years after the Bauhaus first opened its doors in Dessau, “Big Plans! Modern figures, visionaries, and inventors”  is the first publication to prove that the Bauhaus was not the only forum for the international avant-garde, but part of a large, Modernist utopia. A futurist industrial region grew up in central Germany from 1919 to 1933; it was closely linked to visionary and idealized plans for a new image of humanity, realized in everything from architecture, education, and advertising to the notion of space exploration. The exhibition includes correspondence sent from the Bauhaus to Magdeburg, Halle (Saale), Leuna, Merseburg, Wolfen, and Elbingerorde.

This intriguing companion volume opens up a view into a highly active field of dynamic, exploratory ideas coming from participants such as Walter Gropius, Gertrud Arndt, Bruno Taut, Benita Koch-Otte or Wilhelm Deffke. 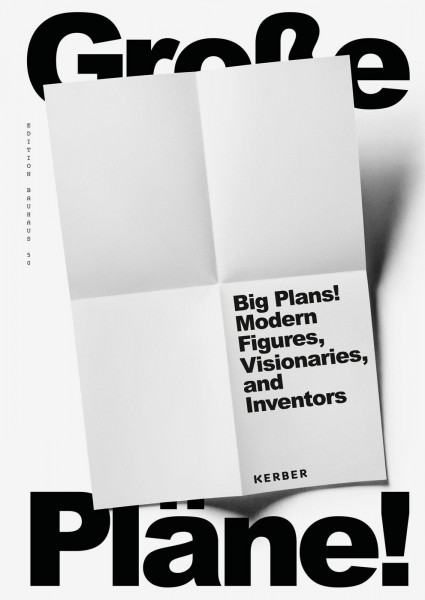