Beggar with a Sack

Close menu
The Russian-Jewish artist Marc Chagall (1887–1985) painted his “Beggar with a Sack“ after returning to his home town of Vitebsk from Paris in 1914. It is one of several portraits in a realistic, documentary style which he painted that year and which have been on permanent loan to the Kunstsammlungen Chemnitz, Germany, since 2004.
The painting is especially important in the context of Chagall’s early works painted in Russia between 1914 and 1922 inasmuch as it forges a link to the superb portraits of elderly Jews that would soon follow. It was in those works that the artist developed a modern idiom of his own, drawing on the vocabulary of both Cubism and Realism. In this catalogue, the art historian and Chagall expert Karoline Hille provides the first in-depth interpretation of the Chemnitz painting as well as discussing its place in a tradition that brought together the Western avant-garde, Russian art and a burgeoning sense of Jewish self-esteem. 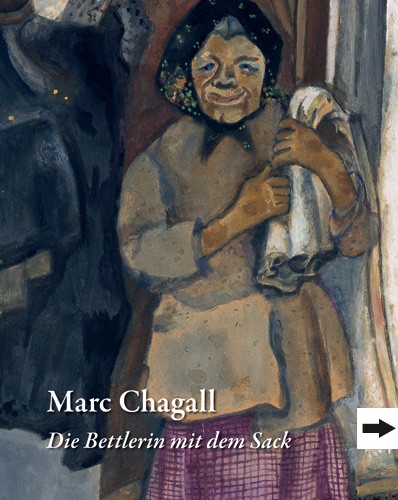