The exclusive collector’s edition of Campbell’s Soup Blondes by Mel Ramos is being released on the occasion of the publication of his first catalogue raisonné. The renowned triptych from 2007 can be obtained for the first time as an offset lithography (each sheet 22,5 x 30 cm). The edition, which is limited to 450 + 50 AP copies, is signed by the artist and numbered. Each edition consists of one triptych and the extensive catalogue raisonné.

With the Campbell’s Soup Blondes Mel Ramos created a homage to the origins of pop art. The soup can, which was introduced in the United States in 1889, was used by Andy Warhol in the nineteen-sixties as a motif for one of his most famous series of prints, a series that wrote art history. At the same time, Mel Ramos remains true to his own way of working: feminine charms meet consumer object in series. With the format of the triptych, the last living American Pop artist also makes reference to his own beginnings, when he created series such as Peek-a-Boo, Unfinished Paintings, Drawing Lessons, and Transfigurations.

The edition can be acquired with or without a professional gallery frame (43 x 90 cm, handmade, white glazed maple wood, sealed dust-tight). 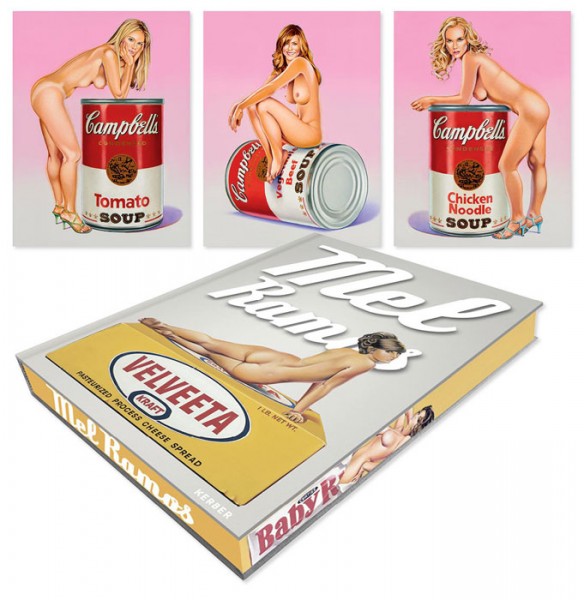