The last Portrait of Meret Oppenheim

Close menu
In numerous groups of works, including drawings, book objects, and an installation, Jürgen Brodwolf dealt with the artist Meret Oppenheim, or rather with her portrait. He carried out this endeavor with interruptions from 1985, Meret Oppenheim’s year of death, until 1996. The Memorial Cycle for M.O. (Meret Oppenheim) emerges as a complete sequence derived specifically from a series of drawings created in Vezia. These were not conceived as a conscious homage, or as posthumous memorial drawings; they received their title at a later stage. The images in the cycle are lent a specific connotation extending beyond their original play on meanings through the fact that particular forms are associated with memory and consciousness like a reflex. 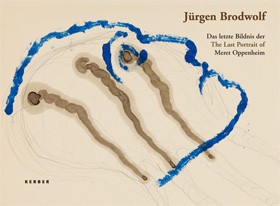