Close menu
Kiki Smith (born 1954) occupied herself right from the outset with the human body and with the human condition in the broadest sense. Unlike classical figurative sculpture, which hides the insides of the body, Smith’s work also visualizes the organs and the body fluids, the fragility and transitoriness of the body. Smith’s work draws from myths and links spirit, human, and animal worlds. Starting from a silk embroidery from the 18th century Smith developed a scenario consisting of different narrative threads that revolve around the theme of the ‘unmarried woman’. With excursions into Christian iconography as well as into the history of the American post-colonial era, she speaks also to the inspired female artist as a prototype of the veritable creative woman. Once again she brings a wealth of material into play, which gives the exhibition its unmistakable character. 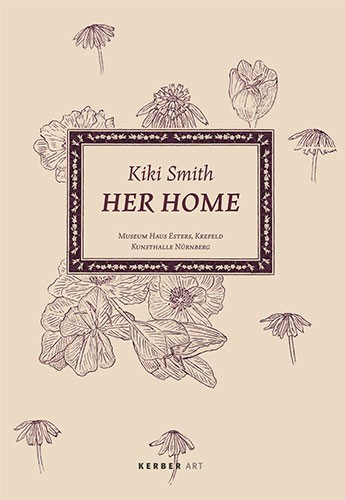 Events
The illustrated book was published on the occasion of the exhibitions Kiki Smith. Her Home, 2008, Museum Haus Esters, Krefeld, and 2008, Kunsthalle Nuremberg.