Close menu
Heinrich von Kleist lived through the political and social turmoil that prevailed in Germany at the turn of the 19th century. Despite coming from an aristocratic background, he himself experienced unstable living conditions throughout his life. Constant experience of crisis inspired him to develop ideas and visions for life characterised by social reformist thinking and literary experiments.
This richly illustrated catalogue, published to commemorate Kleist Memorial Year 2011, is based on a sound historic foundation and focuses on the surprising modernity of Kleist from a contemporary perspective. It highlights the connection between crisis, criticism and reformist ideas, and also includes a comparison with life at the turn of the 21st century. 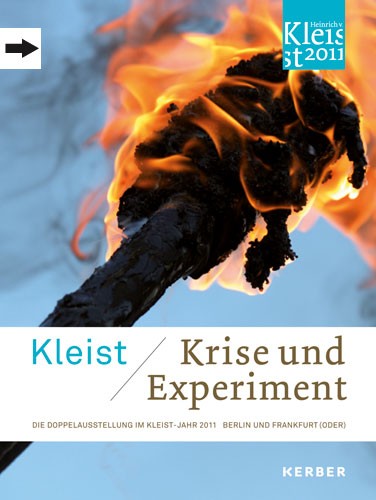 Events
The illustrated book was published on the occasion of the double exhibition in the Kleist year 2011 „ Kleist: Krise und Experiment “, 21 May 2011 to 29. January 2012, Ephraim-Palais Stadtmuseum, Berlin, as well as Kleist-Museum, Frankfurt/Oder.