Frank Herfort travelled all over Russia for a photographic project that lasted several years, following the ideas of architectural photography and taking pictures of skyscrapers that had been quickly built after the collapse of the Soviet Union. The force and magnitude of these buildings appears bizarre, pompous and exotic; equally they evoke larger-than-life Soviet memorials. They express a longing for lost greatness and the ambition to go one better.
Contextual contradictions however add another completely different grace note: the Russian residential buildings and faded idylls around the new constructions introduce a second level of meaning to the images, which poses questions and raises enigmas. 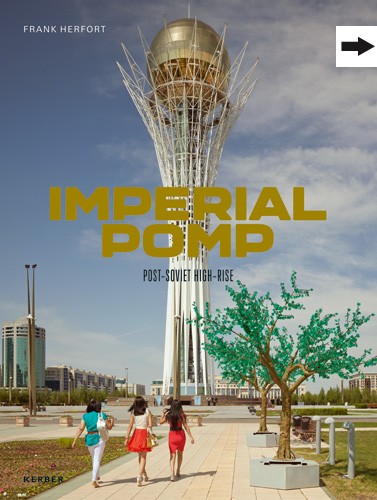