Close menu
Julian Rosefeldt’s (*1965) film installations present the paradoxical and irrational aspects of modern life and work using subtle comedy and irony. The winner of this year’s “Vattenfall Contemporary“ award, he has a solo exhibition “Living in Oblivion“ in the Berlinische Galerie and created the concept for this intricately designed publication. His recent work “The Shift“ (2008) is documented via a great number of images as well as being combined with re-arranged works from the 1990s. These earlier works, created in collaboration with Piero Steinle, are less well-known, and delineate the point of departure of the artist’s interest in forgotten and hidden places. In “The Shift“ these mutate into the claustrophobic inner life of a technoid, deserted future world. 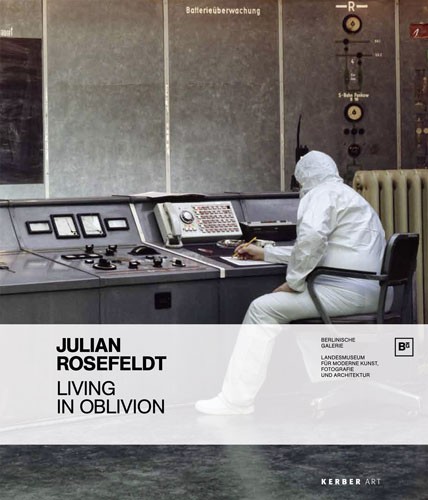 Events
The illustrated book was published on the occasion of the exhibition Julian Rosefeldt – Living in Oblivion, 1 May to 18 September 2010, Berlinische Galerie, Berlin, in course of the Vattenfall Contemporary prize 2010.