The Walk entails a tension, indeed a paradox, between the subject and the medium. The subject, the walk, is about process, physical movement, step after step further along the path; while the medium, the photograph, is an arrested moment of seeing. August Eriksson captures the corporeal movement by seriality and repetition. Sixty-six images follow one after another, all with the same strict composition: the path, seen from the eye level of the walker, disappears into the vanishing point of the image. The images urges me on to browse further, to continue moving from spread to spread, following along in the repetition and variation in the images.

August Eriksson is a photographer based in Sweden. He exhibited in institutions like Kulturhuset and Fotografins hus in Stockholm. ’The Walk’ is his second photo book. In 2014 he published ’Sacred Waters’ about the Japanese bathing culture. His interest in working with publications started when he founded photo art magazine ’Motiv’ in 2004. 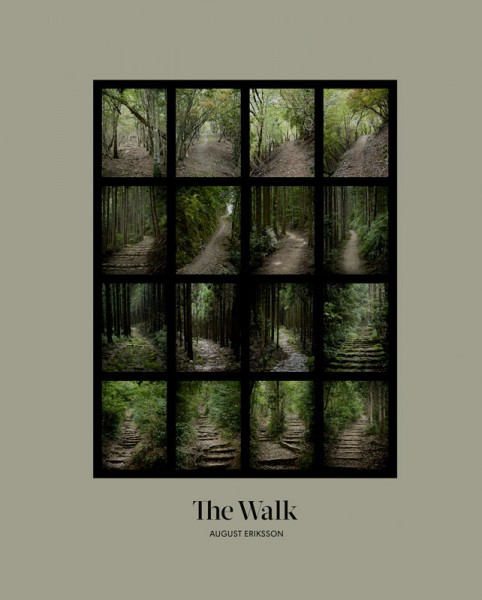