Close menu
Fashion in the former East Germany was inconceivable without its political dimension. If some individuals moved freely, up to a point, with their collections, others tested the limits with their provocative look: ignoring the teenage fashion on offer from the state’s retail chains HO and KONSUM, the alternative East German fashion scene displayed its need for individuality and sensuality. In principle, a lack of creativity was not unique to the official East German fashion, but there were certain tendencies to counter the uniform look with individuality. This richly illustrated book of photographs presents an initial inventory of fashion subculture in the former East Germany, showing it in the context of or in contrast to “official“ fashion. The book is simultaneously a portrait of many photographers who moved in both worlds of fashion. 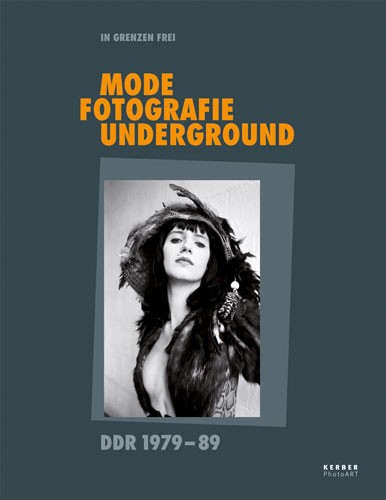 Close menu
Too much future

Events
The illustrated book was published on the occasion of the exhibition „In Grenzen frei. Mode, Fotografie, Underground in der DDR 1979–89“, 4 July to 13 September 2009, Kunstgewerbemuseum Berlin, Staatliche Museen zu Berlin.