An Alternative History of Art

Close menu
Ilya Kabakov was creating installations dedicated to the artistic work of fictitious artists as far back as the late 1980s. In 2005, Ilya and Emilia Kabakov exhibited a huge installation in Cleveland. In it, they proposed an ‘alternative’ history of 20th century Russian painting, featuring three imaginary artists: Charles Rosenthal, a student of Marc Chagall, later Kasimir Malewitschs; secondly, Ilya Kabakov, a follower of Rosenthal; and finally, Igor Spiwak, born in the Ukraine and active in the 1990s. None of them – because they are in some way ‘jinxed’ – managed to make it as a world-famous artist. The real Kabakov acts as curator in this mystification, discovering the unknown artists, presenting them to the world and commenting on their art. This book illustrates this unique project using photographs, fragments of installations and texts by Ilya Kabakov. Other catalogues published in Russian language by KERBER VERLAG on the occasion of the Ilya and Emilia Kabakov retrospective in Moscow 2008: „On The ‚Total’ Installation“ ISBN 978-3-86678-199-3 „Life of Flies“ ISBN 978-3-86678-200-6 „The Red Vagon“ ISBN 978-3-86678-201-3 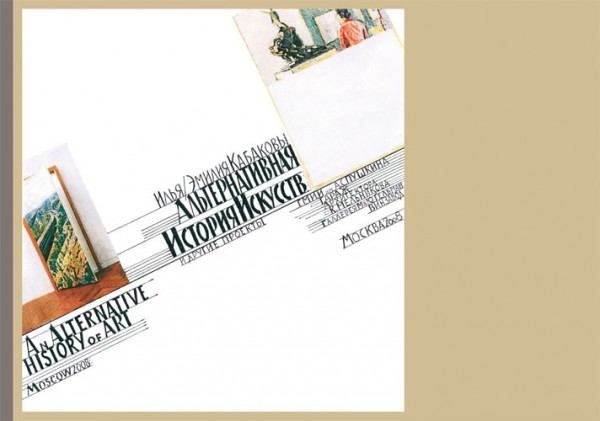 Events
The illustrated book was published on the occasion of the 70th birthday of the artist and the exhibition „Ilya and Emilia Kabakov. Moscow Retrospective“, 2008, Moscow.