Close menu
Willy Maywald (1907-1985) was one of the most important photographers in  Paris from the 1930s to the 1950s. His education in the Technical Schools of Art in Krefeld, Cologne and Berlin shaped his avant-garde design idiom. In 1932 he was drawn to the City of Light, where he became friends with many champions of the Modern Art movement. Encompassing both commissioned art and self-initiated works, Maywald’s subject spectrum ranges from a spectacular collection of photographic portraits, to fashion photos for all the major Paris couture houses, to dance and architecture photography as well as travel and city reportage. A large proportion of these photos have never before been exhibited. Accompanied by the publication of the book of the same title, the exhibition Willy Maywald: Photographer and Cosmopolitan. Portraits, Fashion Reportage – showing in the Museum for Photography from March 2015 – will for the first time display the complete work of Maywald in all its facets, thereby enabling the (re)discovery of an important figure in photography. 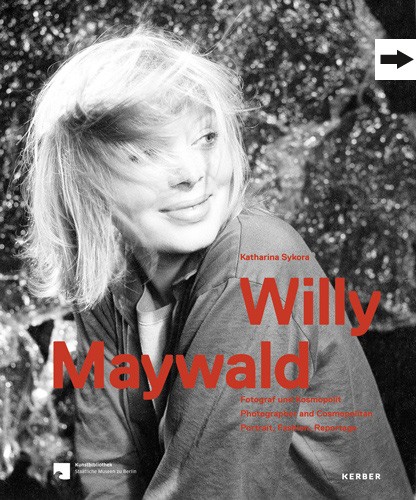