The painter, graphic artist, and sculptor Adolf Frohner is one of the most important representatives of the Austrian painting of the twentieth century. He established Viennese Actionism in 1962, along with Hermann Nitsch and Otto Mühl, with the Einmauerungsaktion (walling-in) and the Blutorgel-Manifest (Blood Organ Manifesto). After his actionist beginnings, Frohner turned to painting. Following his large depictions of women in the nineteen-seventies, color came to the fore in his works starting at the beginning of the nineteen-eighties. This resulted in the creation of monumental paintings—triptychs and diptychs.

The catalogue raisonné now provides an overview of Frohner’s painterly oeuvre for the first time and follows his artistic development from the nineteen-fifties to the first decade of the twenty-first century. Frohner’s painting is today once again obtaining increasingly topicality as a result of his socio-critical approach. 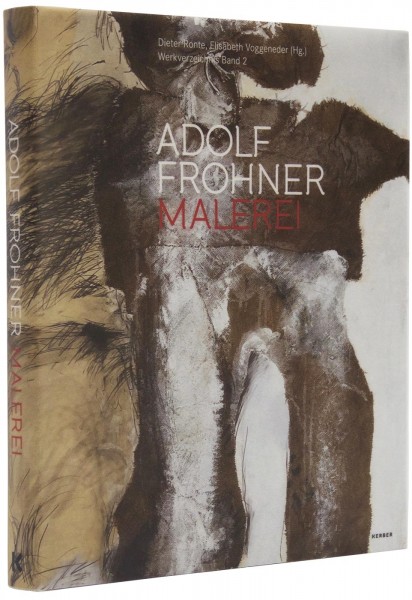