Close menu
The painter Robert Muntean strives to distance himself from the usual, existing motifs. His works are characterised by progression, flow and transience rather than a formulation in quasi-realistic perfection. They are afterimages, or as the title says: echoes of what has already been seen.
These vary between abstraction, silhouette-like suggestions of figures and portraits where the viewer’s attention is constantly directed towards the person and their state of mind. This catalogue focuses on Robert Muntean’s paintings from the last two years, the majority of which are very recent works. 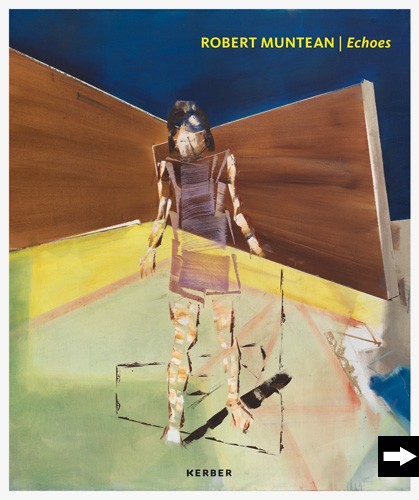